Hey You, Drop the Cotton SwaB.

Earwax impaction often creeps up on us when we are least expecting it! Let’s face it, we all have earwax and sometimes we just want to do a quick clean. Therefore, we feel compelled to use a cotton swab, bobby pin or even car keys to scrape out unwanted wax. The problem is, not only are these methods ineffective, but they actually make the problem worse!

In an attempt to remove earwax with one of these objects, we are actually pushing the wax further into the ear, gradually leading to impaction. Not only that, but sticking foreign objects into your ear can actually puncture the eardrum, break bones behind the ear and a number of other scary things. Catch my drift? For the more stubborn readers, let me put it this way, leave your keys in the ignition and use Earwax MD to safely clean away earwax. Head over to our blog to learn more about the downside of some earwax removal methods.

Are You Suffering from Earwax Impaction?

People have experienced hearing loss related to earwax impaction. How do you know if you have cerumen impaction? There are a wide range of symptoms:

Manual Removal Can Be Painful

If you choose not to use EARWAX MD™, there are other methods of extraction available. Doctors can manually remove earwax using an ear curette, which is effective but can also be extremely painful. There are a number of devices that claim to remove earwax… but we’ll let you be the judge of whether or not those work. 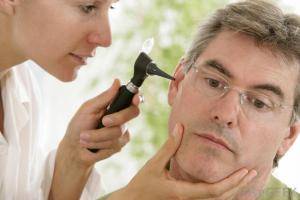 Tests Hindered by Earwax Impaction Include: